Crypto exchange traded funds account for five of the worst seven debuts in the history of the ETF industry.

The funds were launched in the heady days of 2021 — just in time for them for them to face the full force of 2022’s market fury, Morningstar Direct data show.

The findings, from data provided exclusively for the Financial Times, exclude the performance of leveraged and inverse funds, which are not designed to be held over the long term.

All five focused on the once high-flying cryptocurrency sector or the related field of blockchain, in a new illustration of academic claims that thematic funds have a tendency to launch near the peak of their theme, just before returns head south.

“Specialised ETFs are launched just after the very peak of excitement around popular investment themes. Over the years following the launch, the underlying assets shed some of their initial overvaluation, and so do the prices of specialised ETFs,” wrote Rabih Moussawi and colleagues in an academic paper initially released last year.

The heavily hyped ProShares Bitcoin Strategy ETF (BITO), which lost a record $1.2bn of investors’ money in the 12 months after its eagerly awaited arrival in October 2021, has garnered many of the headlines.

Its travails have been far from unique, though, with a number of smaller ETFs sporting still larger losses in percentage terms than BITO’s 70.4 per cent maiden-year plunge, even if their losses in dollar terms were smaller by dint of their diminutive size.

It launched in October 2021, the same month as BITO and just weeks before global markets peaked, only to tumble 76.9 per cent in the subsequent 12 months.

Likewise, the US-listed Global X Blockchain ETF (BKCH), which entered the fray in July last year, plummeted 76.7 per cent in its first year of operation.

Invesco Alerian Galaxy Crypto Economy ETF (SATO), another October 2021 hatchling, was not far behind, sinking 73.7 per cent, while the First Trust SkyBridge Crypto Industry and Digital Economy ETF (CRPT) shipped 69.4 per cent in the 12 months to this September.

“Blockchain investments are closely aligned with bitcoin and cryptocurrency in general but they come with added risk of equity exposure,” said Todd Rosenbluth, head of research at consultancy VettaFi.

“Companies that are connected to the broad ecosystem have faced challenges as the price of bitcoin has fallen sharply and the demand for the technology has not grown as fast as expected by investors. They are being punished just as much or even more so than bitcoin futures-based products themselves,” he added.

The only other non-leveraged or inverse ETFs to have had a worse maiden year than BITO are the Xtrackers MSCI Russia Capped Swap ETF (XMRD), which lost 75.1 per cent in the year to December 2008 as the commodity supercycle crumbled, and Canada’s Horizons US Marijuana ETF (HMUS), which saw 75.3 per cent of its assets go up in smoke in 2019-20.

In a demonstration, however, of the risks of holding leveraged and inverse vehicles over a long period, the worst ever debut year for any ETF, according to Morningstar, was chalked up by the Dublin-domiciled Leverage Shares 3x Roku exchange traded commodity (ROK3).

Anyone who held the fund for 12 months from ROK3’s launch in June 2021 would have seen 99.92 per cent of their money evaporate, magnifying the 76 per cent slide in the US streaming platform’s share price during the period.

A similar story of the risk of holding products designed for the short term can be found in the fortunes of the Switzerland-domiciled 21Shares Short Bitcoin ETP (SBTC), which took the opposite side of BITO’s bet, but over a different time period. SBTC would have lost investors 86.2 per cent in its first year, because its birth in January 2020 was just as bitcoin began its vertiginous climb, rising by 285 per cent.

The Morningstar data also suggest a terrible first year does not necessarily sound the death knell for a fund, however.

Kenneth Lamont, senior fund analyst for passive strategies at Morningstar, believed the crypto sector could be another to bounce back.

“The people that I speak to who invest in bitcoin are still reliably bullish because the potential use cases haven’t changed,” Lamont said.

“A lot of those involved in the industry have just regathered themselves for the next bull run. Whether that will arrive or not who knows, but if there is an investment case for bitcoin there will perhaps be an equilibrium found.” 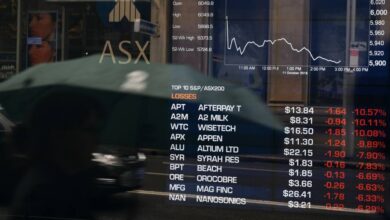