Bitcoin’s hash rate originating from China and its territories has dropped to less than 50% of the total global BTC network capacity. This milestone was identified by the team at Documenting Bitcoin who also pointed out that the miners in the United States are the largest beneficiaries of the Chinese government’s crackdown on mining activities.

The team at @DocumentingBTC shared their analysis through the following statement and accompanying chart.

Bitcoin mining is becoming more geographically distributed—China now has less than 50% of the total hash rate, with the United States being the largest beneficiary. Like the open Internet, a wealth transfer from East to West. 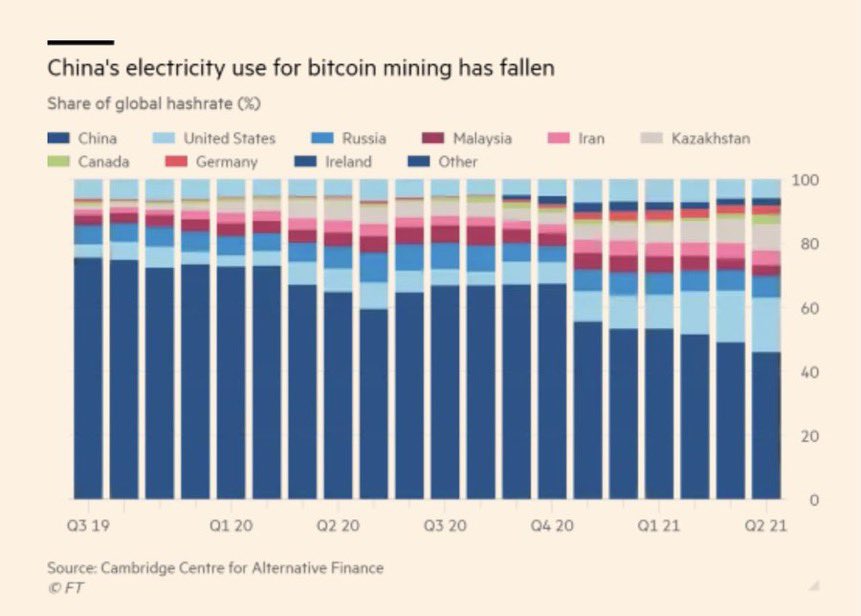 China Once Controlled Over 70% of Bitcoin’s Hashrate

From the data above, it can be observed that China had controlled roughly 70% of the Bitcoin network from late 2019 to early 2020. To note is that the hash rate controlled by China had dropped a bit in early 2018 when the government had started to crackdown on BTC mining in that year. The hash rate originating from China soon recovered until China’s government started a new crackdown this year.

A quick glance at data from the Cambridge Center for Alternative Finance reveals that miners located in China now control roughly 46% of Bitcoin’s hash rate. BTC Miners located in the United States now control 16.8% of Bitcoin’s hash rate. The latter value is an increment of 12% since late 2019 when the same miners controlled only 4% of the network.

The chart below, courtesy of the tracking, website further demonstrates how miners based in the United States have become the beneficiaries of the ongoing crackdown in China. 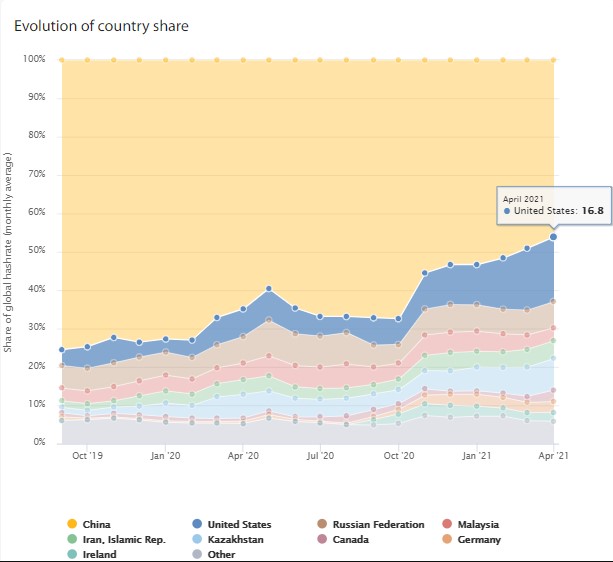 Also worth mentioning is that Bitcoin’s hash rate has begun to rebound from the massive dip brought about by China reiterating its ban on BTC mining in mid-May of this year. The chart below, courtesy of Glassnode, further demonstrates the ongoing recovery of Bitcoin’s hash rate as miners relocate outside China. 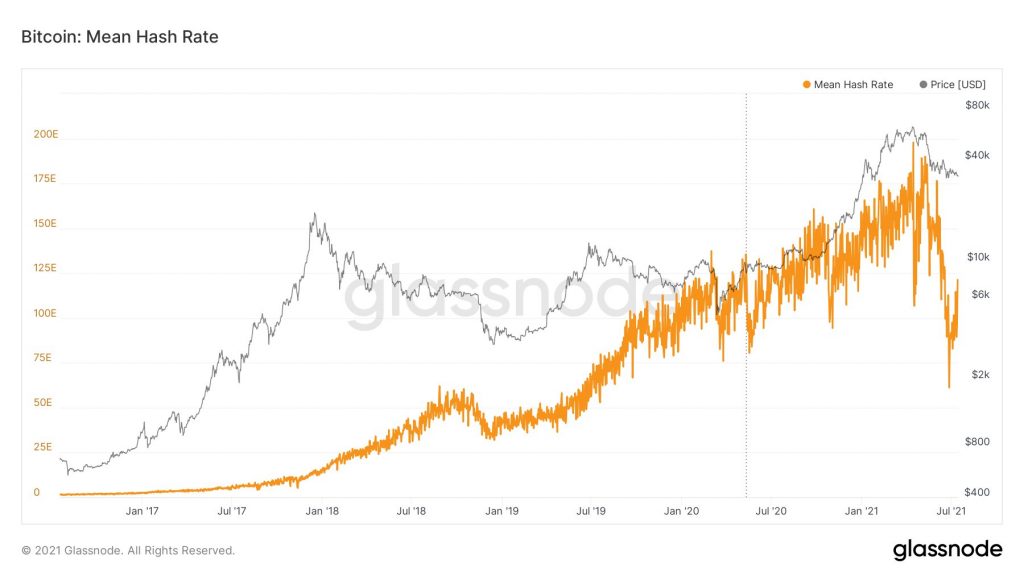 Bitcoin Could Bottom at around $14k to $15k - BTC Analyst

Ethereum is a 'brand' now, but can its DeFi ecosystem remain unmatched