MicroStrategy, the Fortune 500 company has bought the Bitcoin dip again as they added additional 1,914 Bitcoins (BTC) at an average cost of $49,229 per Bitcoin totaling $94.2 million. The CEO of the firm Michael Saylor who is credited for bringing more public companies to BTC took to Twitter to announce the news.

The latest purchase by the Fortune 500 company takes their total Bitcoin holdings to 124,391, bought at an average price of $30,159 per bitcoin. MicroStrategy has invested a total of $3.75 billion in BTC and is currently in profit. The firm started buying BTC in August 2020 and hasn’t stopped ever since. The company currently holds enough BTC to become a financial firm, even though their core functionalities lies in analytics. 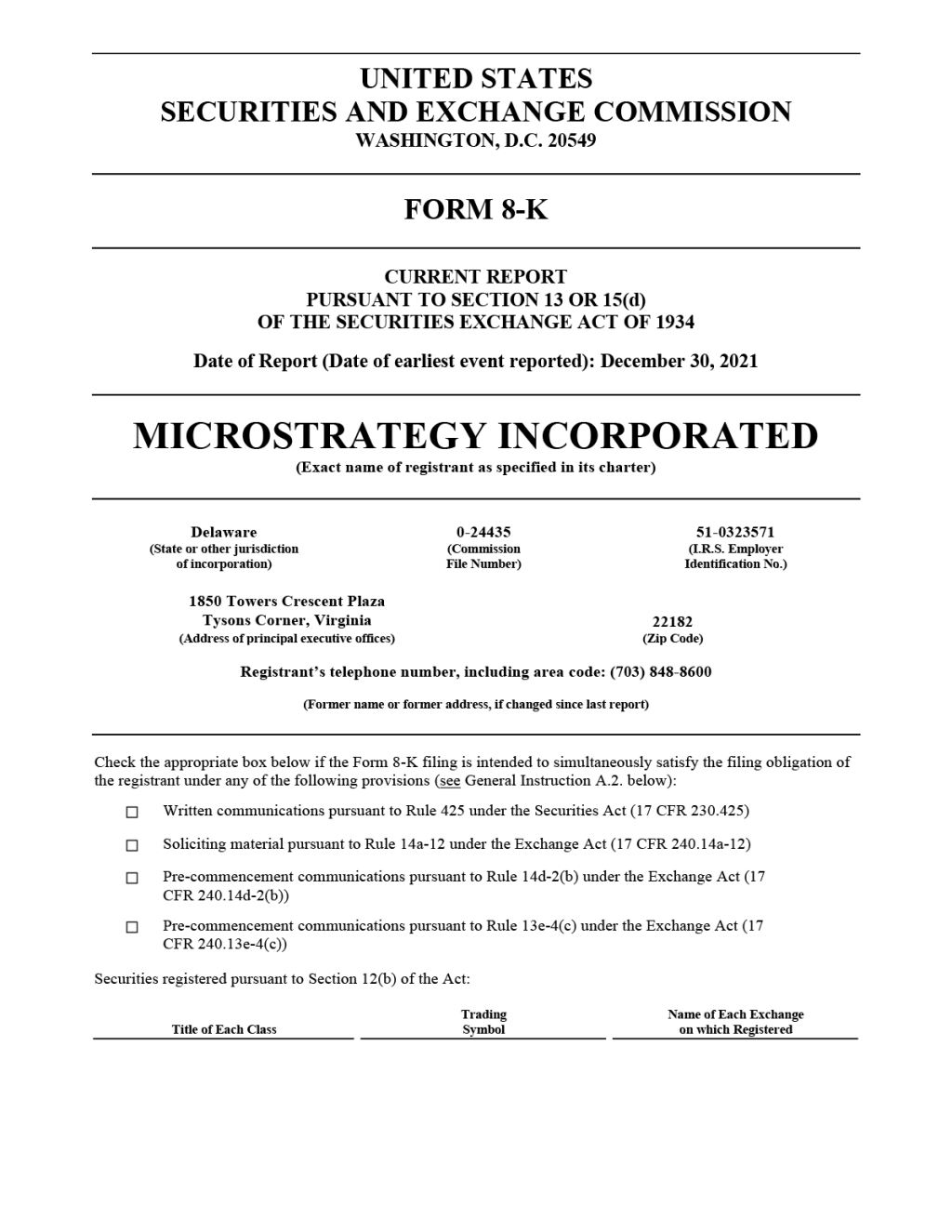 Michael Saylor first proposed the idea of using Bitcoin as an inflation reserve instead of holding US Dollars in their treasury which continues to lose its value every year. Since then the firm has accumulated more than 2% of the total Bitcoin supply.

MicroStrategy did not just buy Bitcoin for themselves, they also encouraged hundreds of other public companies to switch to Bitcoin over the US Dollar. CEO Michael Saylor also takes credit for bringing Tesla to the Bitcoin ecosystem and said he played a key role in convincing Elon Musk for $1.5 billion in BTC purchase.

The public company has recently been using direct cash purchases but it has also raised over a billion dollars through the sale of private company notes as a form of credit. During every juncture of the ongoing bull run, Saylor has maintained that the company would continue to buy more BTC and add it to their treasury over time. Even when BTC’s price lost over 50% from ATH in May and Microstrategy was on the verge of incurring losses on their BTC holdings, Saylor made it clear that there was no question of selling.