The crypto market is going through another bearish phase this month as the top cryptocurrencies lost majority of their gains from October. Bitcoin (BTC) has failed to hold key support of $55,000 and currently trading at $54,777. Amid growing pressure from the bears, Tether’s latest issuance has created another market FUD.

Tether is often accused of printing additional USDT to pump the BTC market. Even though there hasn’t been conclusive evidence for the claims, the controversy around Tether’s reserves only adds fuel to the fire. The latest issuance of $1 billion USDT has created a similar controversy especially given the crypto market is bleeding. 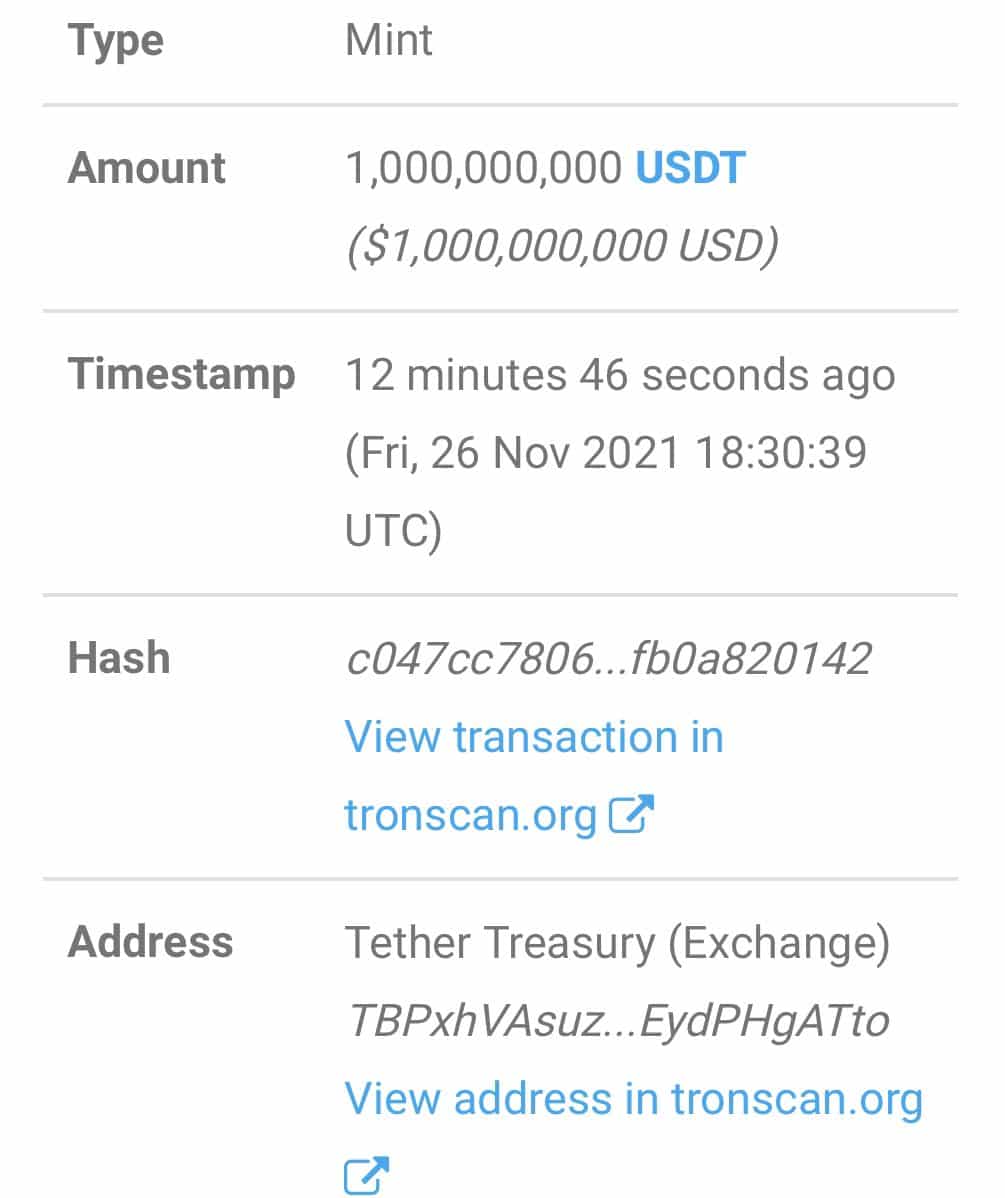 Tether treasury printed a billion-dollar worth of USDT on November 26, the same day the crypto market fell sharply due to Covid-19 new variant induced fears in the stock market. Infamous crypto Twitter account that goes by the name of Mr. Whale claimed that Tether treasury minted $1 billion out of thin air.

The controversy also comes at a time when the US federal agencies have demanded more power from Congress to crack down on the stablecoin market. Tether has always been a major concern for the regulators, given its past record with the mismanagement of USDT reserves. The stablecoin issuer was recently fined $41 million by CFTC over misleading claims. However, this wasn’t the first time that Tether has found itself at the receiving end of regulatory agencies.

Earlier in February this year, Tether settled a long-drawn case with the New York Attorney General (NYAG) Office for mismanagement of funds. Tether was fined $18.5 million and barred from offering any service in New York.

Bitcoin’s (BTC) price showed minor recovery earlier today, reaching a daily high of $55,329 before retracing below the $55K support zone again.  The top cryptocurrency has lost more than 20% from its all-time high of $68,789 in October.

With November turning bearish again, the major price targets of $98K seem to be out of the picture. Plan B, the Bitcoin analyst who popularised the Stock-to-Flow model admitted that BTC is set to miss its first price target of November.