Ocean Protocol, an open-source protocol that aims to allow individuals and businesses to exchange and monetize data, has seen a dramatic climb in support in the last number of days. Its token Ocean has gained 27% in 24 hours and is up 39% in the last 7 days. So what is the main driver of this demand?

Since February, the team at Ocean Protocol has been steadily making announcements about their roadmap, partnerships, and grants program. In their 2022 update, they outlined some of the ambitious plans for the year, including the release of Ocean V4 which data tokens will be available for public testing in Q1 2022.

.@oceanprotocol is launching Version4 in the next weeks and it will get really interesting for data management and monetization.

This is how Data meets DeFi. $OCEAN 🌊🌊

They have plans to release some very interesting features with V3, including: solving rug pulls, Data NFTs, Data farming and expansion of the Ocean DAO and ecosystem. The data NFTs will provide an IP framework that combines ERC20 and ERC721 and potentially enables multiple revenue streams against the base IP, with different sub-licenses.

Ocean Protocol was founded in 2017 by Bruce Pon and AI researcher Trent McConaghy. Its software is built to facilitate data exchange, making data sets easily accessible to startups and researchers. It also links users who need data or do not have resources to store it. The OCEAN token is designed to be multipurpose and is used to validate the best data tokens and to allow users to both participate in governance and buy and sell data.

Algovera is a community of people globally working to accelerate the development of decentralized AI products and using Ocean Protocol grants to build a unique ecosystem, “I was pursuing traditional commercialization funding for an AI startup for 18+ months with slow progress. I started exploring alternatives and came across the Ocean Protocol ecosystem. I joined weekly town hall meetings, met with builders, and experienced my first taste of a Web3 community. Within 2 months, I had written and been awarded my first grant and finally kickstarted my project. I quit my job and haven’t looked back.” says Richard Blyhman, Founder of Algovera.

Data is a growing area of interest

Three central things happened recently that are contributing significantly to the rise in Ocean’s popularity. Firstly, the much-anticipated launch of Version 4 of their protocol which is going to propel data management into monetizable funnels like never before. The second is that they recently opened calls for Round 16 of their grants program with 200,000 OCEAN up for grabs and just this week they have announced their premier sponsorship of Binance blockchain week, demonstrating public support for their ecosystem and the projects being developed within it.

Also, at Cryptoslate analytics a spike in positive Twitter sentiment was detected for Ocean Protocol this week which further verifies the positive performance of the token. 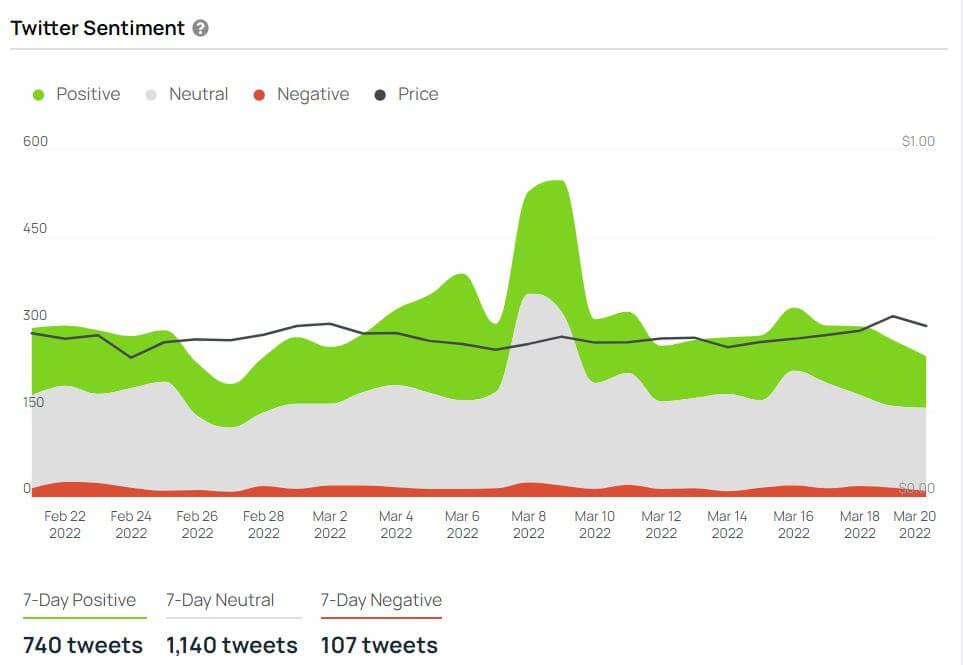 Taking a closer look at the macro trend in this space and dissecting it with Cryptoslate data, readers will note that AI tokens overall have risen by 10% in the last 7 days. According to Cryptoslate data, the world of AI and Blockchain is heating up with a number of projects coming into the scene and driving awareness of different use cases for artificial intelligence in the world of blockchain.

Blockchains are designed to help trace and verify transactions. These transactions are loaded with data. As more of the world’s leading industries and brands adopt blockchain into their business models, harnessing the power of data will be of utmost importance, and ensuring the quality of that data will be a key function of the blockchain industry in the future. Ocean protocol has already developed a foundation within the data landscape and consistently supports data-led initiatives that use blockchain technologies to bring added value to layers of untapped, open-source data. They are recognized for maintaining support for the projects using their ecosystem and have earmarked 140M USD for grants within the OceanDAO.

Ethereum Whales Purchase Over $6 Million Worth Of APE Tokens 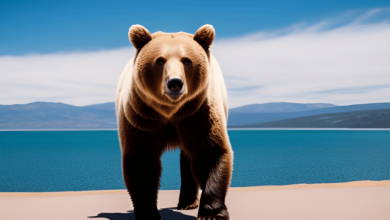 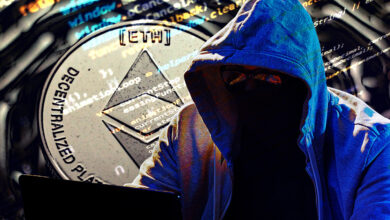