Decentralized Exchanges are a huge attraction in the DeFi space. Hence, it is no surprise that Square has decided to dip its toes in it as well. Its recent announcement comes at a time when the entire DeFi market is pulling around after a week-long affliction. Can its effect help the market recover? And more importantly, can it help Square itself?

Week-on-Week, Decentralized Exchanges’ (DEXs) trading volumes have been shooting up. The total volume stood close to $27 billion about 5 weeks ago, with the same crossing the $46.4-billion mark last week. 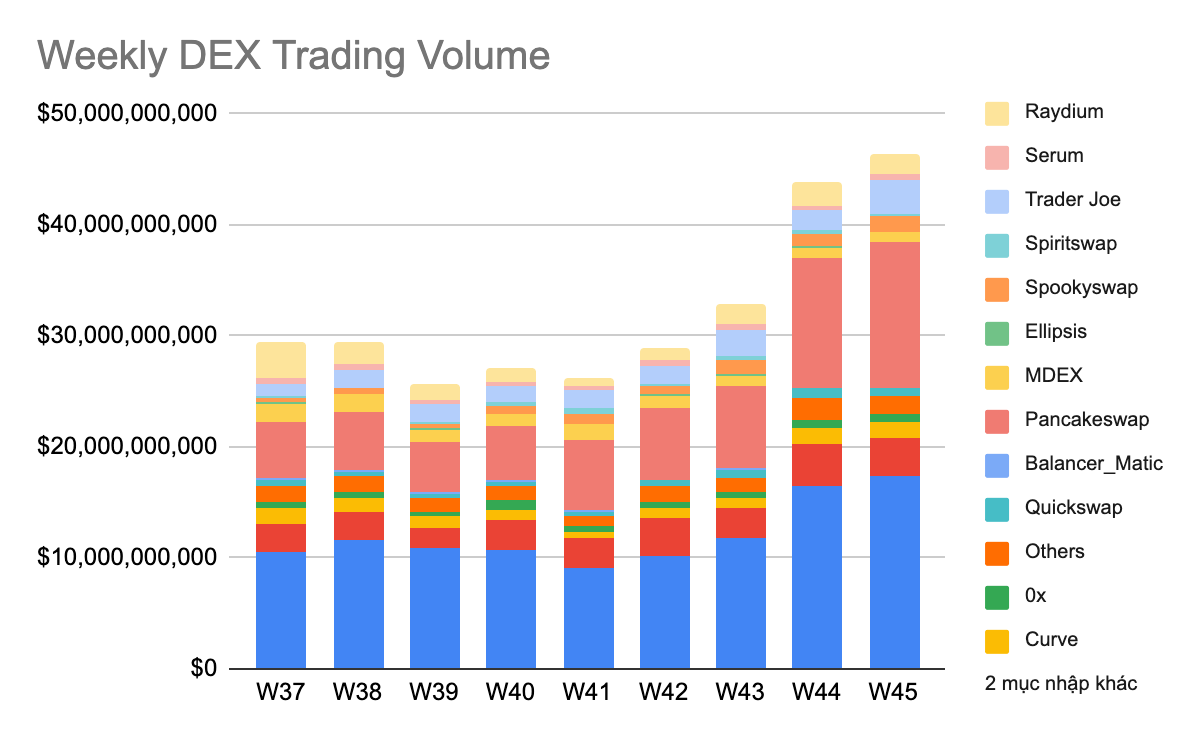 In the DeFi space, DEXs are still the leading category of all protocols. On most of the top blockchains including the Binance Smart Chain, Ethereum, Solana, Polygon, Avalanche, etc., DEXes have a contribution ranging from 30%-50% to their overall Total Value Locked (TVL).

However, as volumes have increased, participation has considerably decreased. The top DEX, PancakeSwap, lost about 30% of its daily active users in the timespan of a week and so did Uniswap.

Even so, on a macro scale, the volumes have really helped DeFi recover over the last 24 hours.

Square released the whitepaper for its DEX for Bitcoin called tbDEX. According to the same, the tbDEX protocol facilitates decentralized networks of exchange between assets by providing a framework for establishing social trust, utilizing decentralized identity (DID), and verifiable credentials (VCs) to establish the provenance of identity in the real world.

Decentralized Identifiers (DIDs), as explained by Square, are “a new type of identifier that enables verifiable decentralized digital identity. DIDs are Uniform Resource Identifiers (URIs) that associate a DID subject with a DID document, allowing trustworthy interactions associated with that subject.”

And Verifiable Credentials (VCs) are basically “specification that provides a standard way to express credentials across the digital world in a way that is cryptographically secure, privacy-respecting, and machine verifiable.”

However, this isn’t the final design for the DEX. According to Square, it will be releasing more revisions in the future to address the incomplete elements and/or to tackle any challenges in the future.

Its secret project has been going on for a while now and the decision to talk about it now is a good one since the last few weeks have been particularly outstanding for the DEX market.

And, with the DeFi Pulse Index (DPI) up by almost 8% in 24 hours, there is more evidence of a recovering DeFi market. 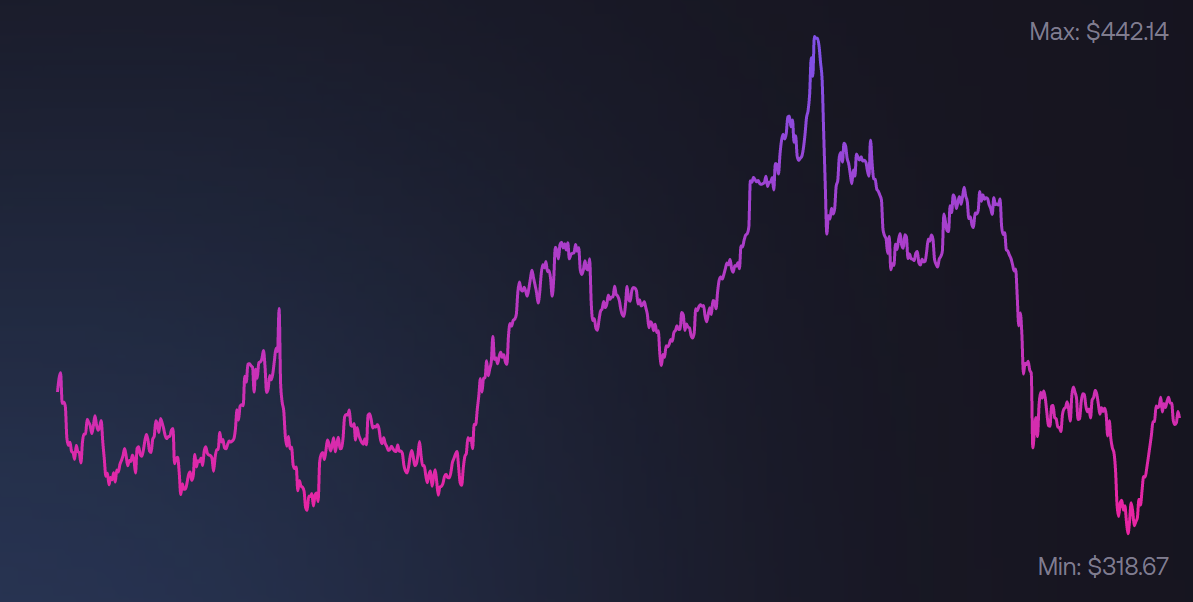 Recently, Axie Infinity also released its Ronin sidechain DEX called Katana. In the last 15 days alone, it has risen by 4,615,280%. At the time of writing, its TVL stood at $1.22 billion with 9 staking pools and LP contracts currently active on it.

Square is already going through a bad month this November, having already lost 11.75% of its value in the stock market. So, if things do get better by Monday morning, Square’s decision to talk about tbDEX now could potentially pay off. 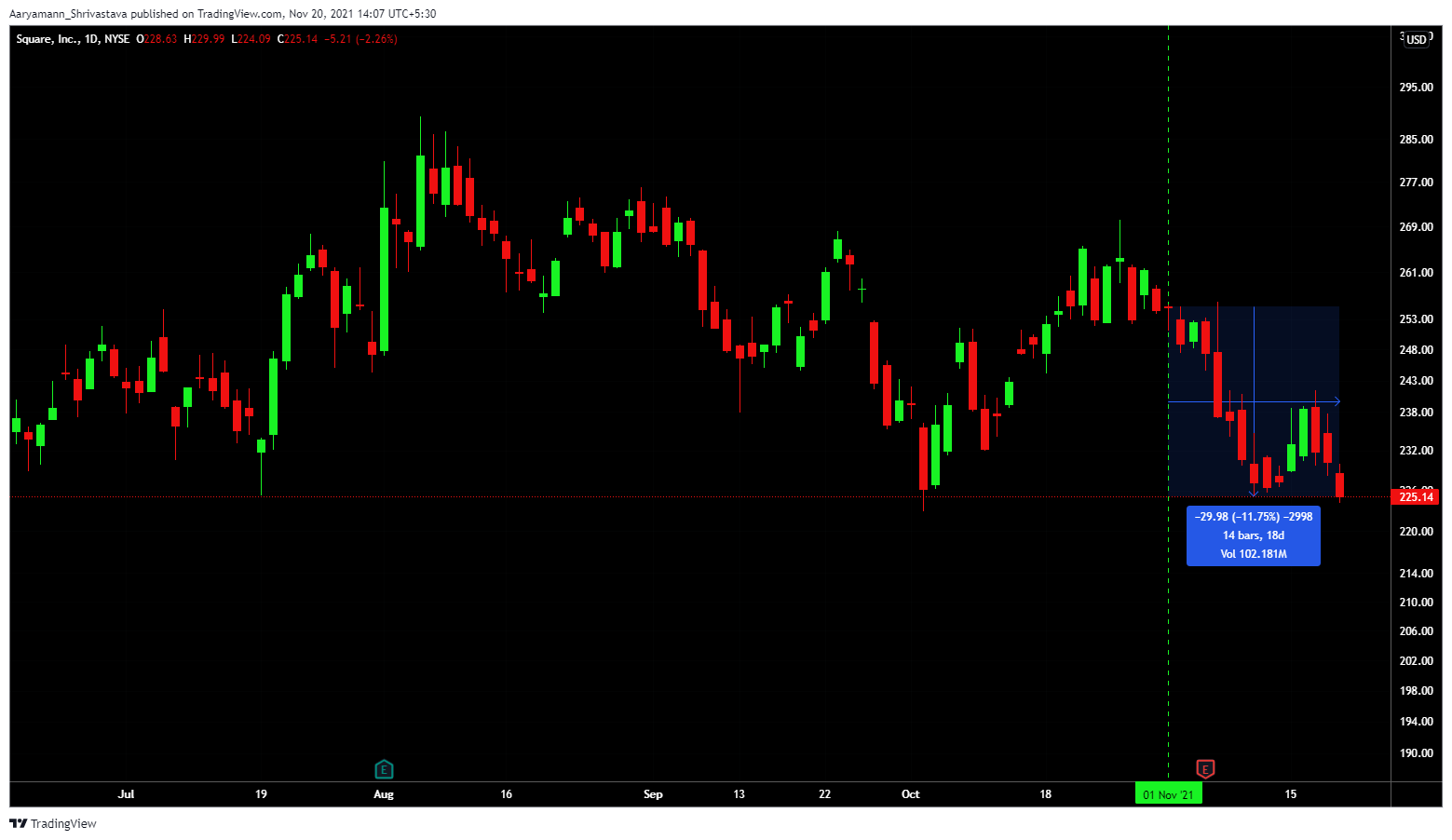