The most popular antivirus, Norton 360, made a miner out of everyone. Even though this has been going on for a while, the Internet recently found out about it. And traditional Norton customers are livid. One of the most controversial parts of the story is the 15% cut that the company takes. This is a commercial program that you have to pay for, so it’s only logical that people are not ok with that.

Of course, Norton’s Ethereum mining program is nothing new. Seven months ago, when they were testing it out, our sister site Bitcoinist reported on it and said:

“A select number of Norton 360 customers, who joined the early adopter program, received their invites to mine Ethereum today. The program is expected to expand to include all 13 million Norton customers in the coming months.

In explaining the odd pairing, the firm said cryptocurrency mining is fraught with risk and often involves disabling security and allowing “unvetted code”. This leaves miners vulnerable to skimmed earnings and ransomware. Norton claims to address these issues by enabling users to safely and easily mine cryptocurrency through the user-friendly Norton 360 platform.”

Ok, so it’s for your own good. How could you doubt the fine folks at Norton?

The Internet Discovers The Existence Of Norton ’s Ethereum Program

This is fucking wild. Norton “Antivirus” now sneakily installs cryptomining software on your computer, and then SKIMS A COMMISSION. https://t.co/6s2otyCd78

Security expert and journalist Brian Krebs took a look at the case and here’s what he came up with:

“According to the FAQ posted on its site, “Norton Crypto” will mine Ethereum (ETH) cryptocurrency while the customer’s computer is idle. The FAQ also says Norton Crypto will only run on systems that meet certain hardware and software requirements (such as an NVIDIA graphics card with at least 6 GB of memory).”

That doesn’t sound that bad. Plus, “NortonLifeLock says Norton Crypto is an opt-in feature only and is not enabled without user permission.” Ok, but, is the “accept” button checked from the get-go? And, why can’t people uninstall the program then? In a written statement, NortonLifeLock responded:

“If users have turned on Norton Crypto but no longer wish to use the feature, it can be disabled by temporarily shutting off ‘tamper protection’ (which allows users to modify the Norton installation) and deleting NCrypt.exe from your computer.” 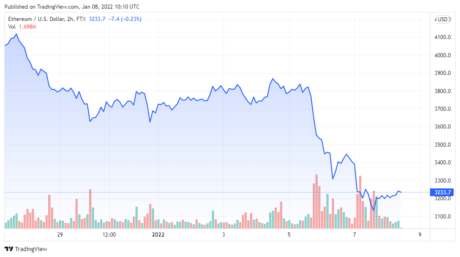 What Was The Public’s Response To The Fact That They Are Ethereum Miners?

According to Krebs, “longtime Norton customers were horrified at the prospect of their antivirus product installing coin-mining software, regardless of whether the mining service was turned off by default”. This is what the program should protect them from. And they don’t know that this is for their own good and they should trust the Norton corporation blindly.

On the other hand, the ones that were ok with it and wanted to collect their ETH faced another hurdle. Gas fees. If that fact is hard to navigate for experienced Ethereum users, imagine what it was for novices that weren’t even aware of their new profession as Ethereum miners. To help with visualization, just read the Norton FAQ’s explanation:

Even though what they’re saying is correct, how would a civilian react to the past year’s ridiculous Ethereum gas fees?

Summary And Conclusion, The Norton Situation

For a quick assessment of the situation, we turn to resistance.money’s Bradley Rettler, who tweeted. “What?! Norton antivirus now mines Ethereum *by default*. The “accept” button is checked automatically and once installed it’s very difficult to remove. And they take 15% of what you mine!”

What?! Norton antivirus now mines Ethereum *by default* — the “accept” button is checked automatically and once installed it’s very difficult to remove. And they take 15% of what you mine! https://t.co/5OXDE76KEA

Yeah, that’s about it. For the implications, we go back to security expert Brian Krebs:

“I guess what bothers me most about Norton Crypto is that it will be introducing millions of perhaps less savvy Internet users to the world of cryptocurrency, which comes with its own set of unique security and privacy challenges that require users to “level up” their personal security practices in fairly significant ways.”

That seems to be about right as well.

What would the Proof-Of-Work critics say, now that half of the planet is an Ethereum miner? And what will happen to the program once Ethereum turns to Proof-Of-Stake? Burning questions.

ETH down 33 percent since ATH, traders buying the dip