Are the CryptoPunks V1 the original CryptoPunks? Technically, yes. According to LarvaLabs, the company behind the collection, the V1s “are not official Cryptopunks,” though. How will the market react now that they’re making a resurgence? This might be the first, but it’s not the last time you’ll hear about the CryptoPunks V1. Let’s explore their history and the controversy around them.

Related Reading | Snoop Dogg Joins The Bored Ape Yacht Club And The Sandbox. Read All About It

What Are The CryptoPunks V1?

Back in 2017, prehistory for the NFT market, LarvaLabs distributed 10.000 CryptoPunks V1. However, there was a fatal mistake in the governing smart contract. After a transaction, it allowed the buyer, not the seller, to withdraw the money. The buyer could literally have its cake and eat it too, leaving the seller completely in the red.

Here’s a thread explaining the technical details of the faulty contract:

Explaining the V1 CryptoPunks exploit…this one is incredibly tricky so want to share what I learned!

TL;DR – when a buyer purchased a punk, the ETH deposited in the contract could be withdrawn only by the *buyer*, not by the seller. So buy(), withdraw(), repeat. pic.twitter.com/apGwackvMz

What did LarvaLabs do? They disowned the original series and started again. They gave away another set of 10.000 CryptoPunks, the V2, and the rest is history. The almost free collectibles gained traction little by little and became the behemoth they’re today. All of the CryptoPunks in circulation were  V2s, until now…

The CryptoPunks V1s still exist, but they had no marketplace to commerce in because Open Sea banned them. However, a new platform came into town and allowed them to reappear. This time, they’re called Classic Punks or Wrapped CryptoPunks V1, because to be able to sell them you have to wrap them in a new smart contract that doesn’t have the know vulnerabilities of the original contract.

The rebel marketplace is LooksRare.org and, so far, these up-and-coming NFTs have made 307.44 ETH in sales. Not bad, considering there are only 116 holders and LarvaLabs owns at least 1000. In LooksRare, only 23 owners are selling 269 items, so they’re pretty rare. The marketplace describes them as:

“A wrapped CryptoPunk from the initial exploited V1 contract version. Buyer beware – if you don’t understand the preceding sentence, this is not the CryptoPunk you’re looking for.”

Another buyer beware has to be, that low number of holders means that a few people have control of the market and can potentially manipulate it as they see fit. So, tread lightly. 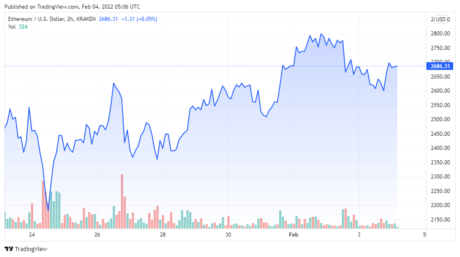 Through their public channels, the only thing LarvaLabs said was: “PSA: “V1 Punks” are not official Cryptopunks. We don’t like them, and we’ve got 1,000 of them… so draw your own conclusions. Any proceeds will be used to purchase real Cryptopunks!”

PSA: “V1 Punks” are not official Cryptopunks. We don’t like them, and we’ve got 1,000 of them… so draw your own conclusions. Any proceeds will be used to purchase real Cryptopunks!

However, in the company’s official Discord channel, they are threatening legal action. They also admitted that they sold a bunch of CryptoPunks V1 because they thought that by “selling some of the tokens we would signal our distaste for it.” According to LarvaLabs, they’ve been using the 210 ETH that they received to buy V2 CryptoPunks. And they matched that amount and made a donation to the Rainforest Foundation.

As he puts it, “they dumped on people and now they’re trying to make what they dumped as worthless as possible.” Real people paid those 210 ETH. Why do they have to suffer? However, they might end up with the upper hand. LarvaLabs can use all the legal tricks that they want, but they can’t destroy the CryptoPunks V1 contract.

The Intricacies Of The V1 Contract

As this pseudonymous Twitter user puts it, “my understanding is the contract code is permanent – you can only update a contract post deployment by calling the selfdestruct() function, if there is one. A function which neither of the two Crytopunk contracts have!”

@larvalabs cannot do that with v1 punks because, both their v1 and v2 contracts point to the same file!

You’ll find this identical imageHash in both contracts:

Not only that, there’s another way to destroy a contract, and here’s where the big reveal comes. “Because of ETH’s extortionate storage costs, most use external forms of storage (punks are off-chain art!). In layman’s, contracts essentially include a link to specific reference point, which contains the image. LarvaLabs cannot do that with v1 punks because, both their v1 and v2 contracts point to the same file!”

Oh, what a tangled web we weave!

And that’s the story of the CryptoPunks V1.

According to NFT Stats, “The total sales volume for CryptoPunks was $41.42M. The average price of one CryptoPunks NFT was $232.7k. There are 3.373 CryptoPunks owners, owning a total supply of 9,999 tokens.” Let’s check in a few years to see if the CryptoPunks V1 make a dent on that.