It has been an astonishingly bullish last few months for Litecoin and the crypto ecosystem, which has seen not only prices rise as a result, but network security in the form of hashrate with it.

What is perhaps more impressive is that despite the run up, only Litecoin appears to be making new hashrate highs. Bitcoin is still trying to break higher but has taken a dive back down with the recent retracement in price despite coming within touching distance. Ethererum, Monero, BCH and the majority of large capped digital assets on the other hand are not even close, indicating a potential flagging in longer term market confidence.

It appears the bump may be caused by the rumoured new L5 Bitmain ASIC Scrypt miner that has been hinted at online. The LitecoinTalk forums recently hosted a thread by ‘nehgekim’ who noted that Bitdeer, a cloud mining partner with Bitmain and Ant-miner listed the L5 for rent. There has been no other mention online regarding the L5 however we have heard from another source that it is indeed a real thing and is currently being deployed by Bitmain and their mining farms which would include bitdeer.

The option to rent an L5 has since been removed, although ‘nehgekim’ during the time it was up was able to capture some interesting first insights and leaks:

“Looks like Bitdeer removed the little info icon explaining the L5 specs, I’m sure some search engine will yield this so here are the L5 specs in the image above:
1473 MH/s
1425 W
0.97 J/MH”
“The mining contracts I have purchased from Bitdeer that use the L5 have performed better than expected thanks to the lift in the LTC price. Sub 5c electric is available but the even there the price of LTC totally needs to trend up for all this to keep being worth anything”

Our source also provided some insight based on what they have heard:

The stats provided show quite a drastic improvement over the previous generation L3++ more than doubling the hashrate output from 580 MH/s. Perhaps this is why the L4 name is being skipped altogether. It’s certainly not as powerful as Innosilicon’s A6+ however it does appear to be more efficient putting it in a good position for when it does finally retail to the public.

With the upcoming halving, mining rewards are set to halve for the second time in Litecoin’s history from Ł25 to Ł12.5 which will have a profound impact on the mining space. Logically it should result in a halving of the hashrate along with it, however if the L5 is released it would allow the network to recover quicker due to increased efficiency and reduced overheads assuming the market price doesn’t take a sharp decline during this time.

Reddit could onboard 500 million crypto users with new Ethereum tokens

New York Mayor Says Cryptocurrencies Should Be Taught In Schools 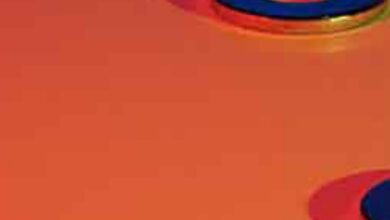